Starting at
$0.99 for 1 day
Get Started
View all rates
You have permission to edit this article.
Edit
Home
News
Sports
Entertainment
Obituaries
Photos
Videos
e-Edition
Classifieds
Subscribe
Share This
1 of 8 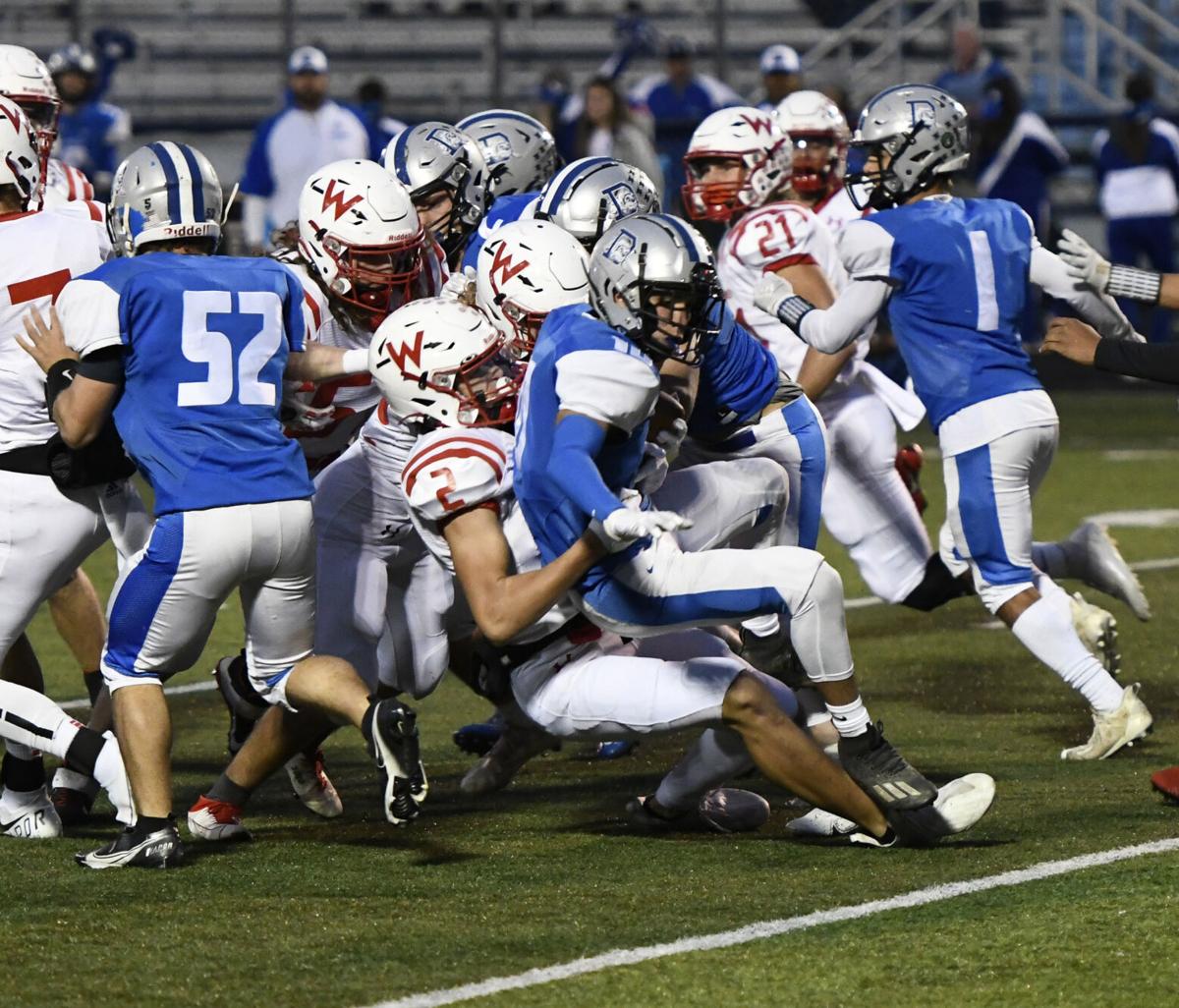 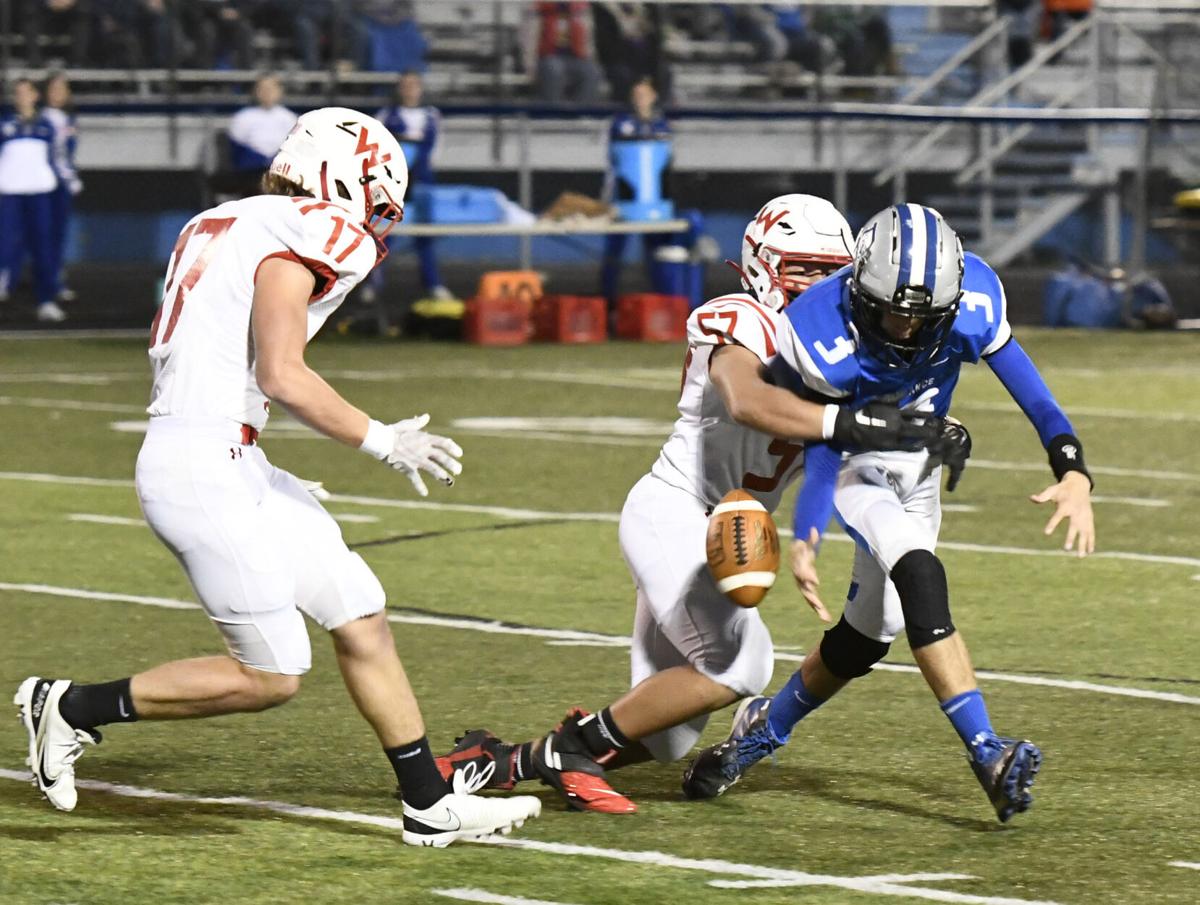 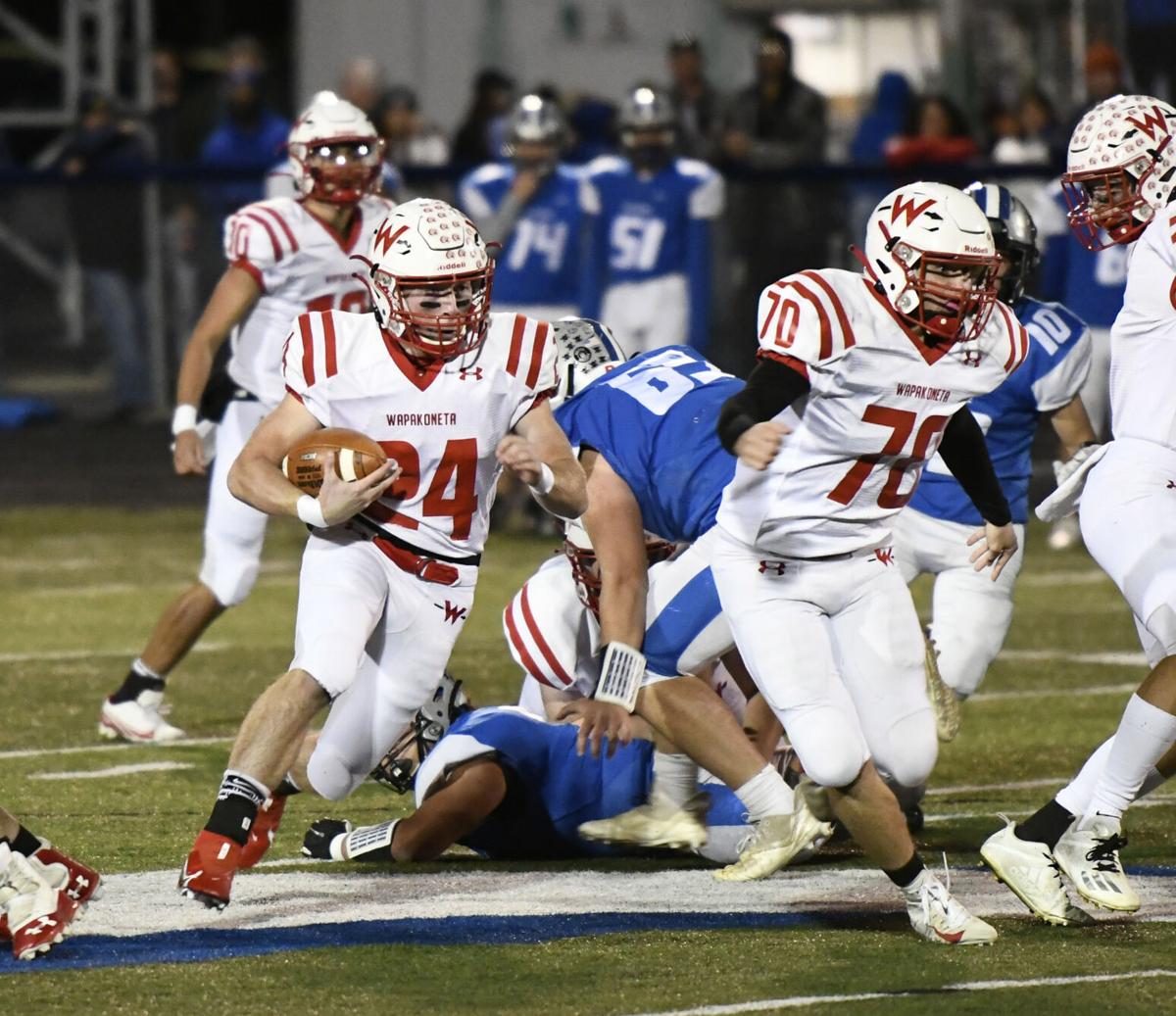 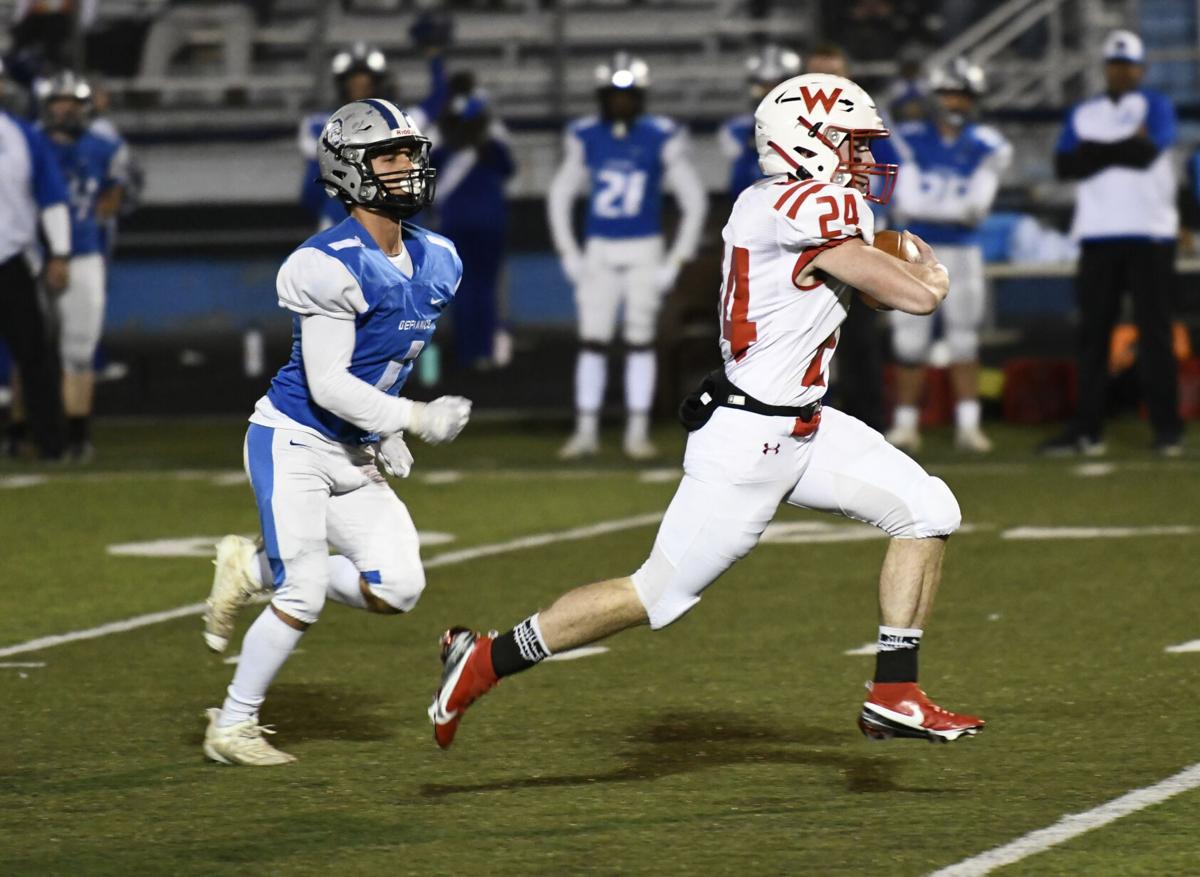 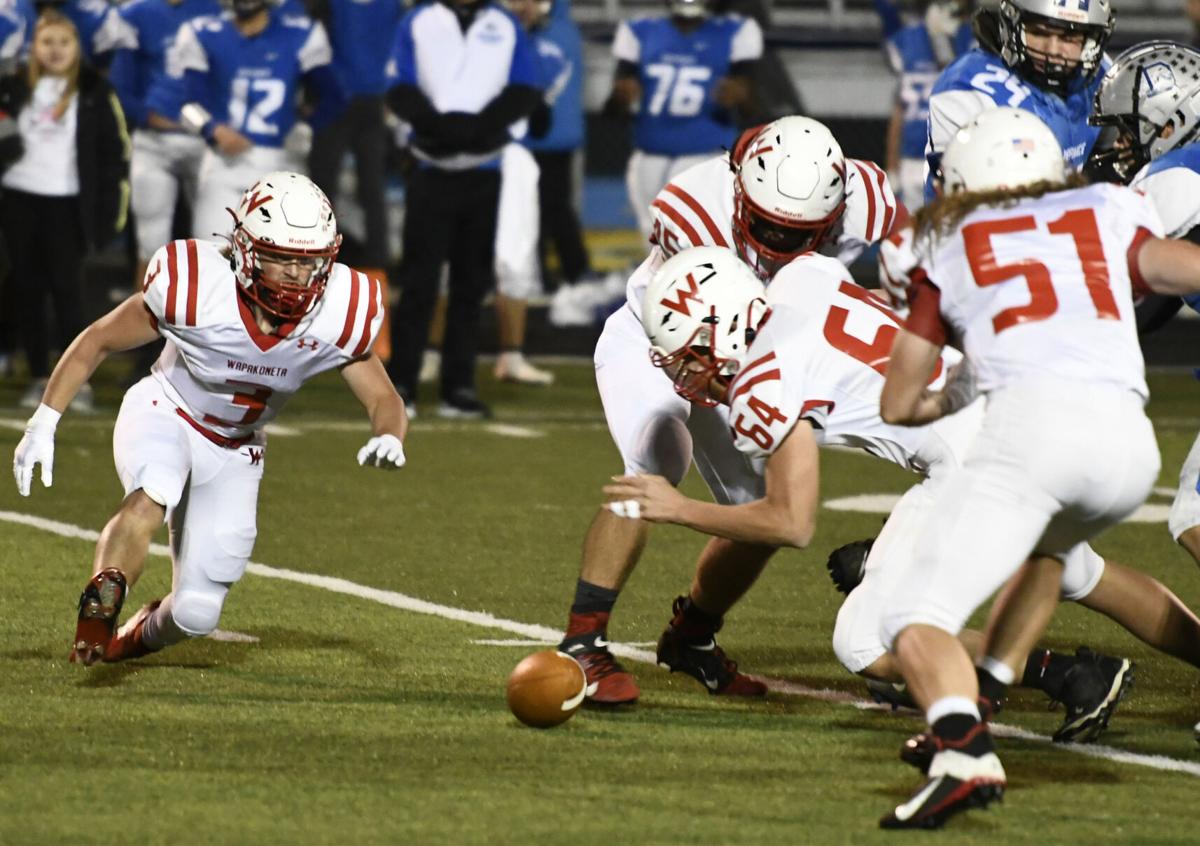 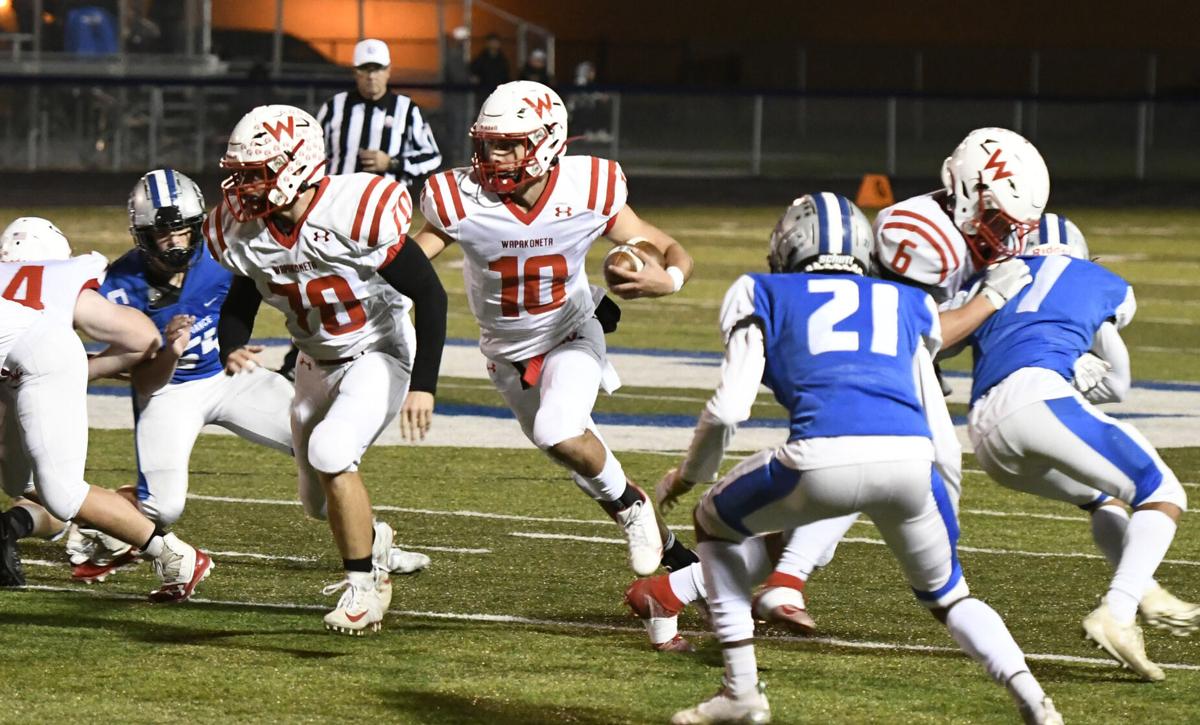 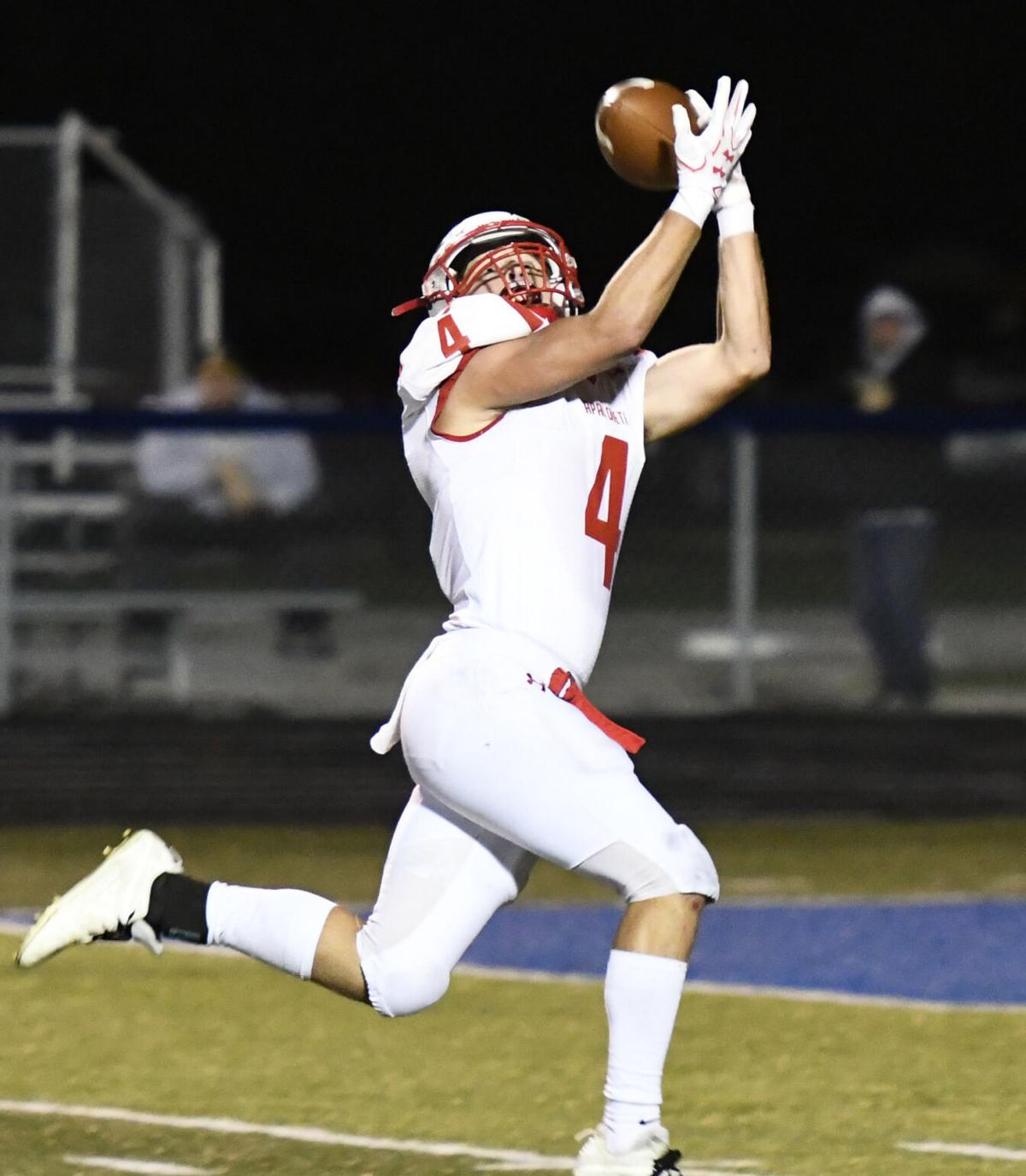 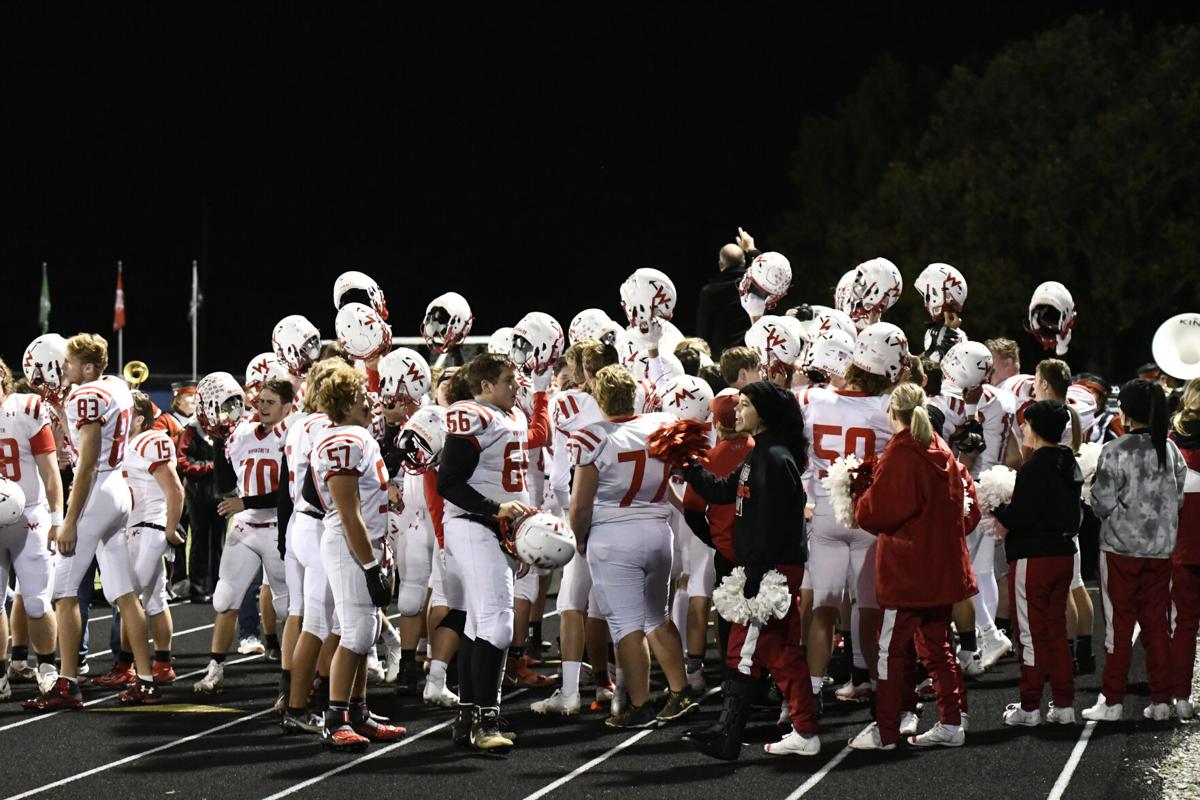 DEFIANCE — Wapakoneta celebrated a share of a Western Buckeye League championship after recording a 27-6 win over Defiance on Friday at Fred J. Brown Athletic Complex.

The Redskins, who have won six consecutive games, improved to 8-2 overall and 8-1 against the WBL. Wapakoneta tied Van Wert (9-1, 8-1), which defeated Bath 51-7 on Friday, for the conference title.

“(Winning this conference championship) was not easy but our kids have worked extremely hard. Each and every week has been a grind, nothing has come easy and they have earned this championship,” Redskins coach Travis Moyer said. “I'm extremely proud of our entire football program. It's a great win for our community and we're excited to be champions.

WHS quarterback Braeden Goulet agreed with Moyer about the effort WHS has put into sharing the WBL title.

“A conference championship means everything to us because we worked our butts off for it,” Goulet said. “We came in here, trying to get better every day, and we did. We showed it out here tonight.”

Wapakoneta awaits its final OHSAA Division III Region 12 playoff ranking and its first-round opponent, which are determined by a computer points system. That will be announced by the OHSAA on Sunday.

“If we play to the best of our ability, I like our chances,” Goulet said of the Redskins as they enter the OHSAA postseason.

Moyer wants Wapakoneta to take each future game one at a time.

“There are some things we need to clean up from tonight because we did not play really well,” Moyer said. “We have to go out each and every week and prepare Monday through Thursday and compete at a high level. The bottom line is that we will be seeing good, quality football teams from here on out. We're excited to be playing at home next week. There's nothing better on a Friday night than that running out onto our field with our community backing us.”

Entering Friday, WHS was ranked fifth in the OHSAA Division III Region 12 standings. A win against Defiance likely sealed a home playoff game for Wapakoneta next Friday, when the top eight ranked teams in Region 12 will host postseason contests.

The Redskins build a 27-0 against lead the Bulldogs by scoring a touchdown in each quarter Friday.

Jace Mullen, who entered the game against Defiance as the second-leading rusher in the WBL, broke free for a 53-yard touchdown run with 3 minutes, 54 seconds left in the first quarter.

A Nikane Ambos extra-point kick staked Wapakoneta to a 7-0 lead.

Mullen gained a game-high 107 yards and two touchdowns on 16 carries. His other TD came after a 3-yard plunge at the 1:36 mark in the third quarter, when WHS went ahead 20-0.

Goulet’s first touchdown strike came with 2:32 left in the first half and went for 27 yards to Kaleb Walter for a 14-0 Wapakoneta lead at halftime. Goulet, who finished an efficient 5 of 8 passing for 120 yards and no interceptions, entered Friday with four TD passes this season.

Ahead 20-0 in the fourth quarter, Goulet’s 38-yard TD pass went to Kaden Siefring with 9:19 remaining.

Goulet, who entered Friday’s game as the WBL’s rushing leader, finished with 73 yards on 12 carries.

Siefring also turned in a strong game of defense, picking off Defiance quarterback Brez Zipfel and recovering a fumble by the Bulldogs in the second quarter. The Redskins converted Siefring’s first interception into points, leading to Goulet’s touchdown pass to Walter.

“A conference championship means a lot to us because, every day in the weight room, we would touch the 'Champs' (sign) and we would end our practices by shouting 'WBL champs!'” WHS defensive end Mikey Lee said. “I want to give a shout out to my position coach Nick Truesdale and all of our coaching staff because they pushed us to be the best we can be.”

Lee said Wapakoneta's defense shown the ability to bounce back this season.

“There have been ups and downs, but were going to fix that and, hopefully, go far into the playoffs,” Lee said.

The Bulldogs ended Wapakoneta’s shutout with 5:04 to play, when Gavin Miller used a 33-yard run to cross the goal line. The extra-point try by Defiance failed.