Starting at
$0.99 for 1 day
Get Started
View all rates
You have permission to edit this article.
Edit
Home
News
Sports
Entertainment
Obituaries
Photos
Videos
e-Edition
Classifieds
Subscribe
Share This
1 of 16 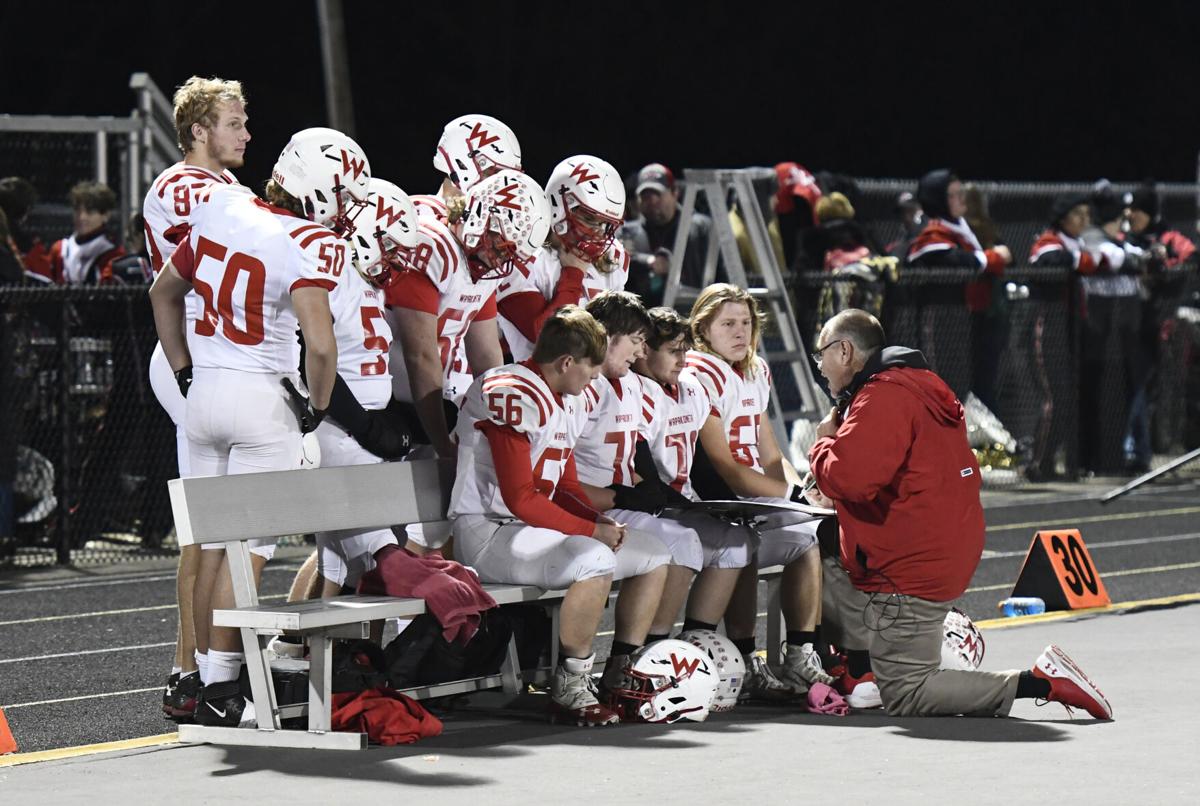 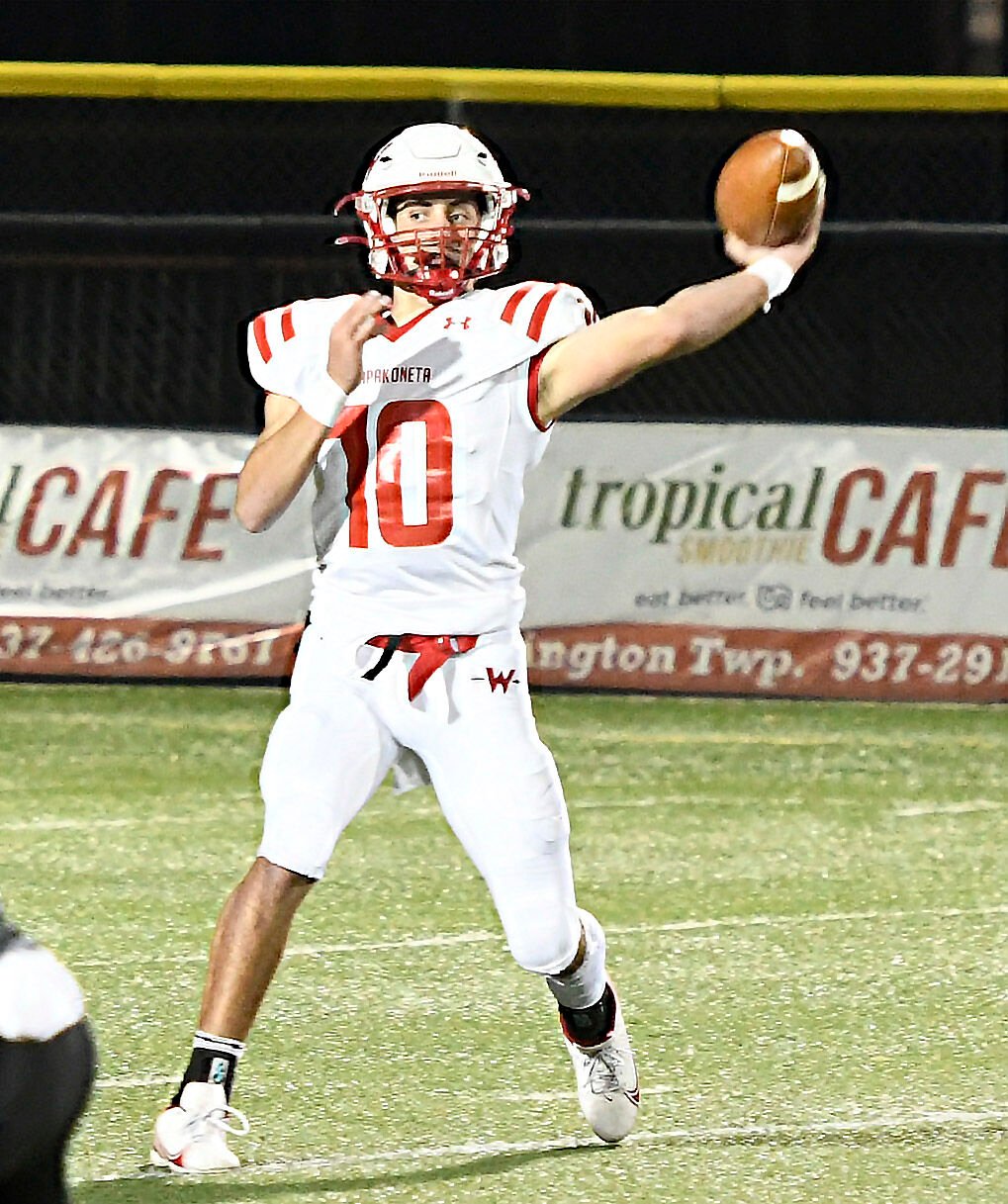 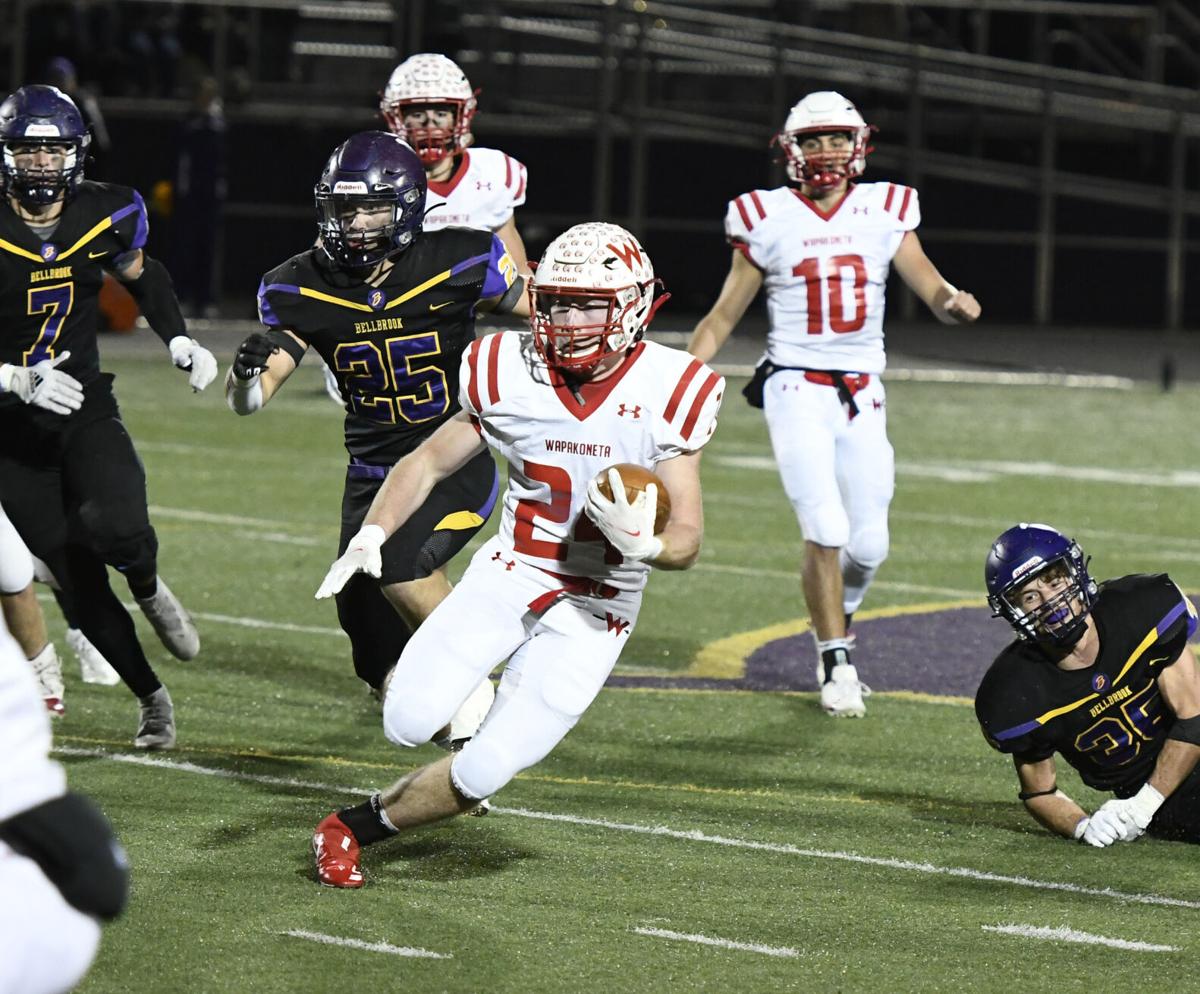 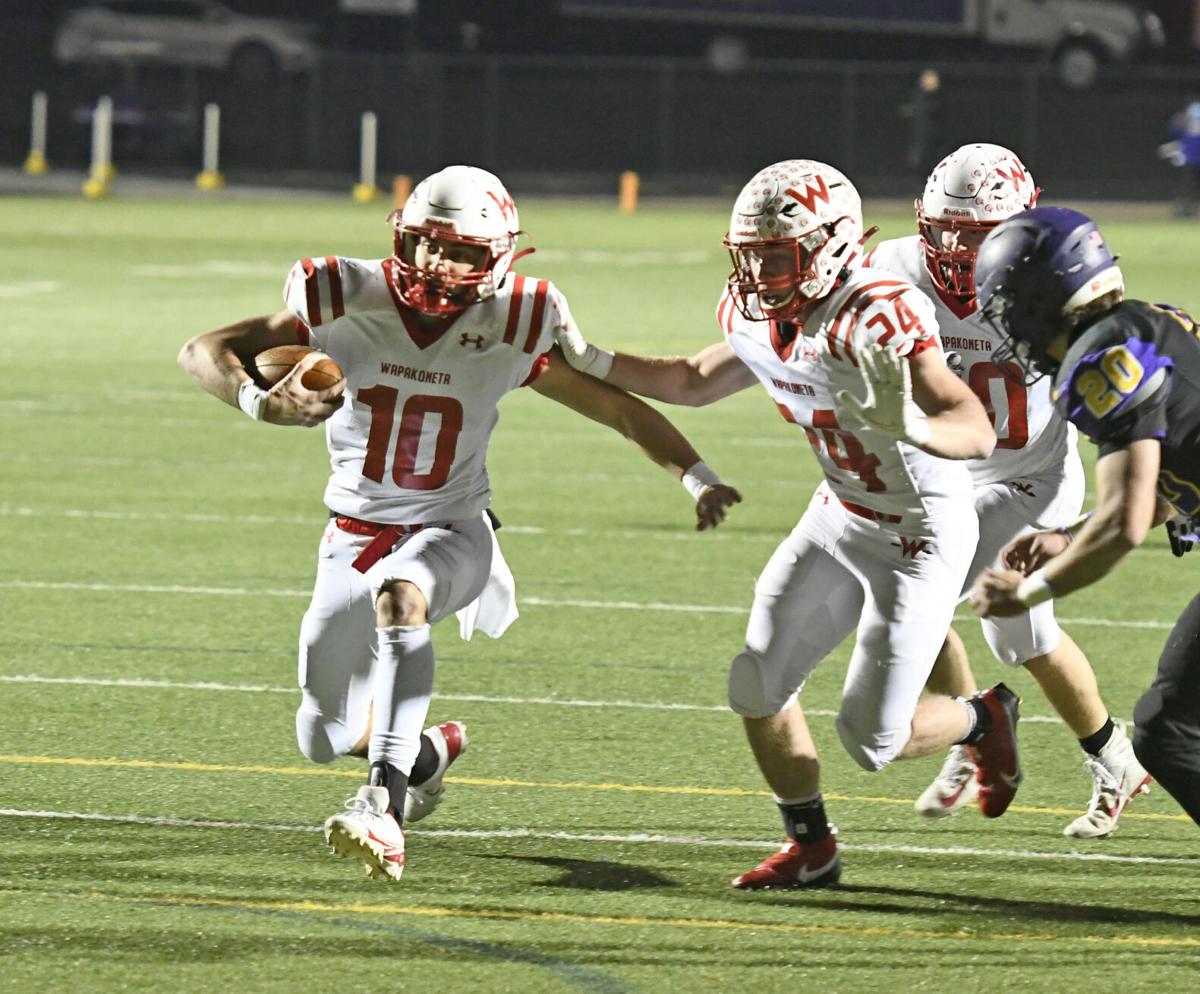 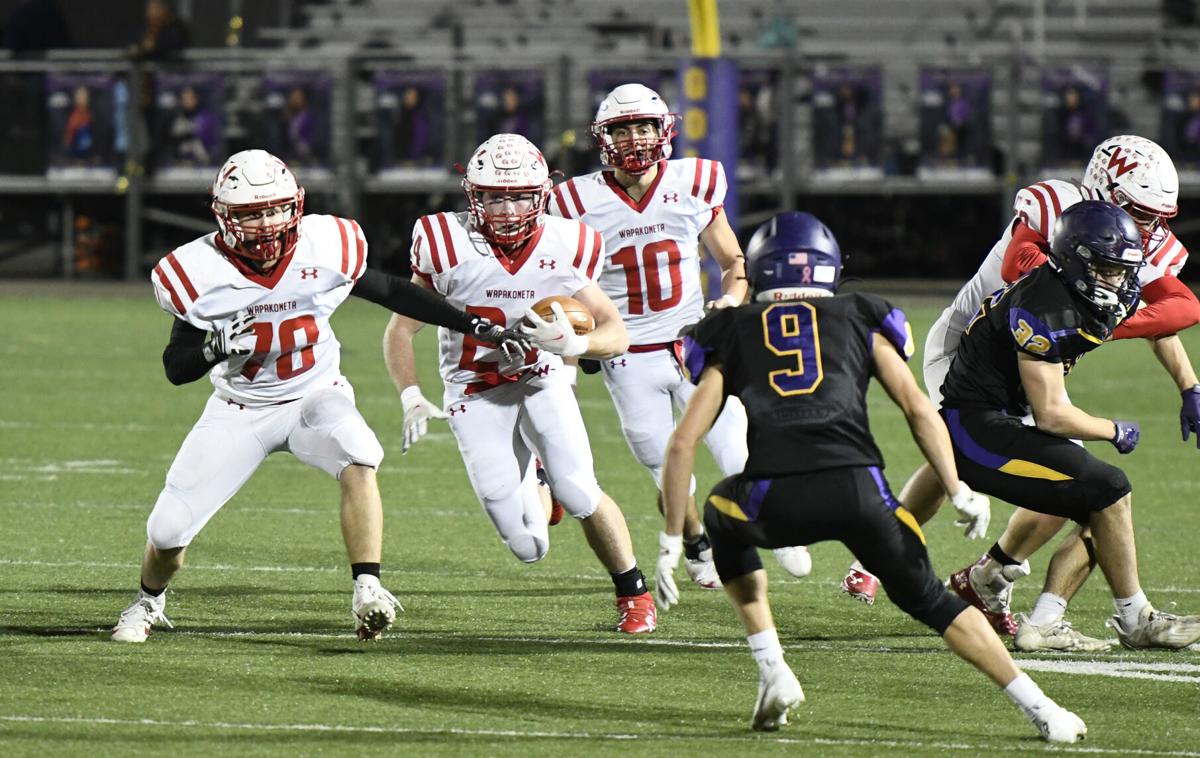 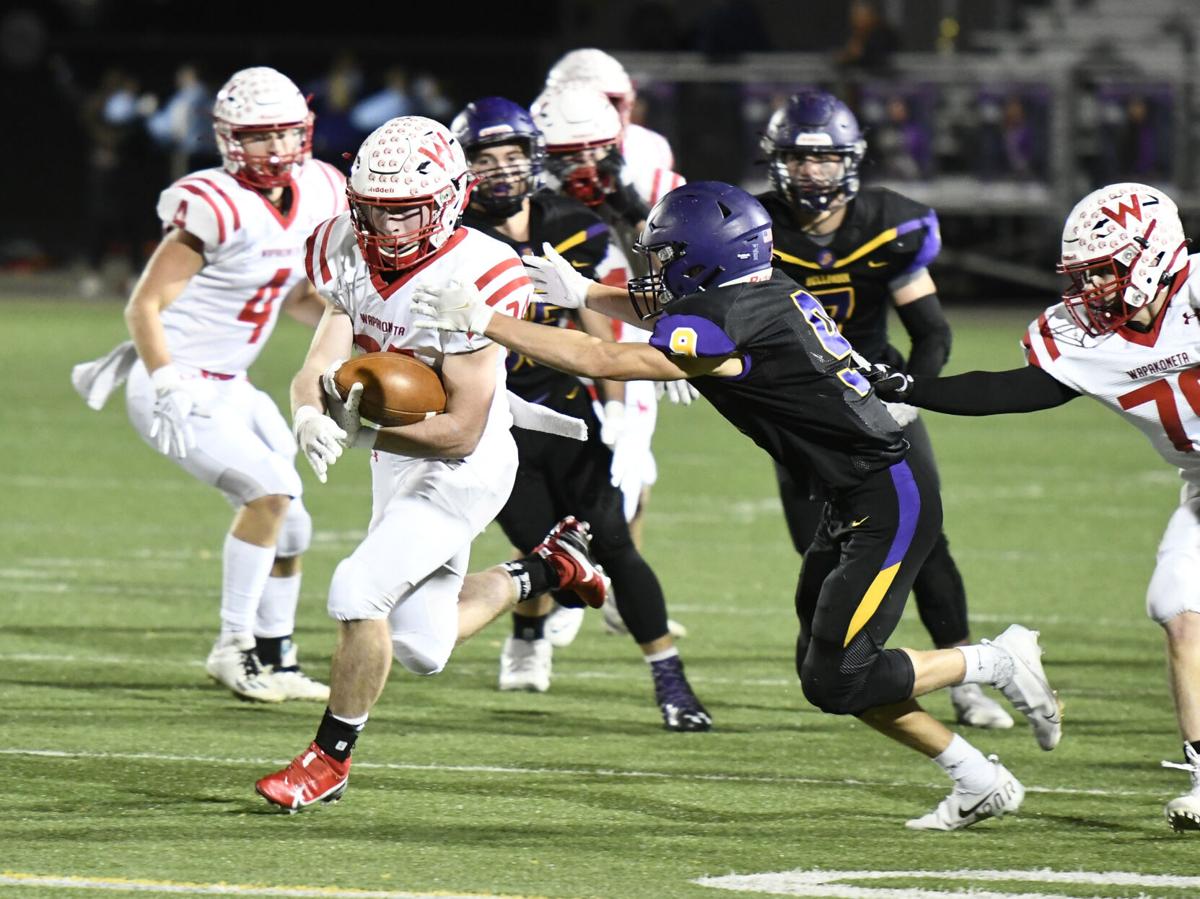 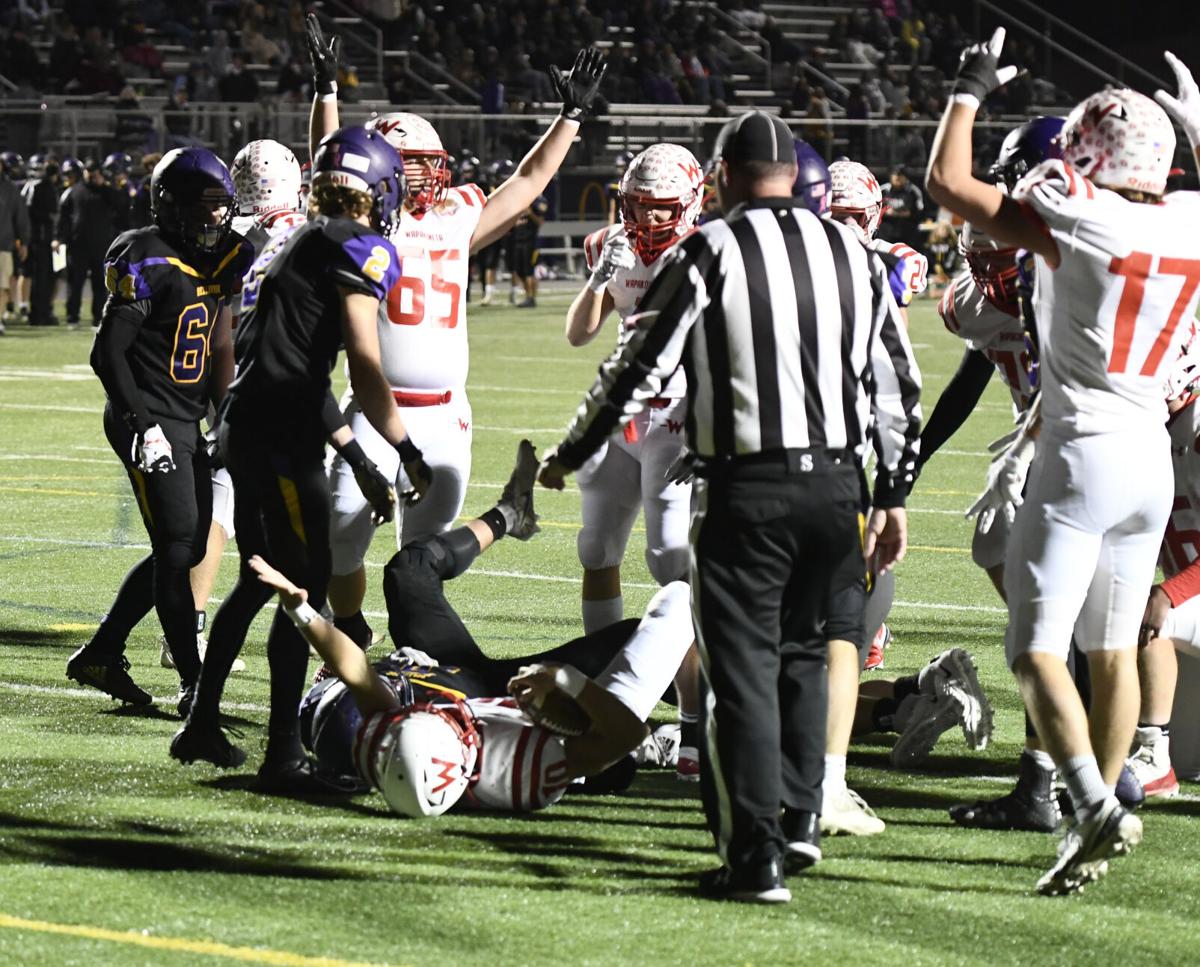 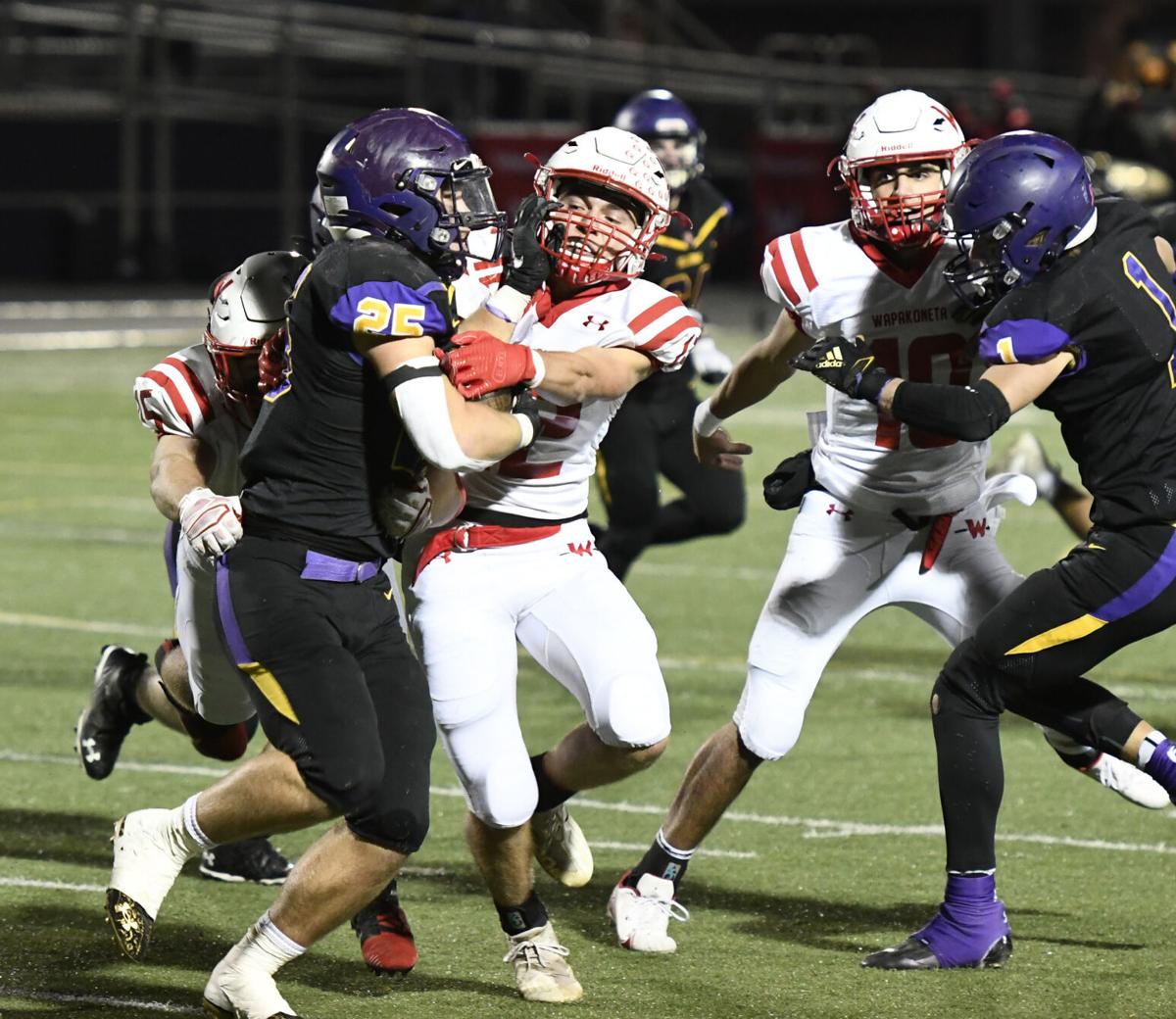 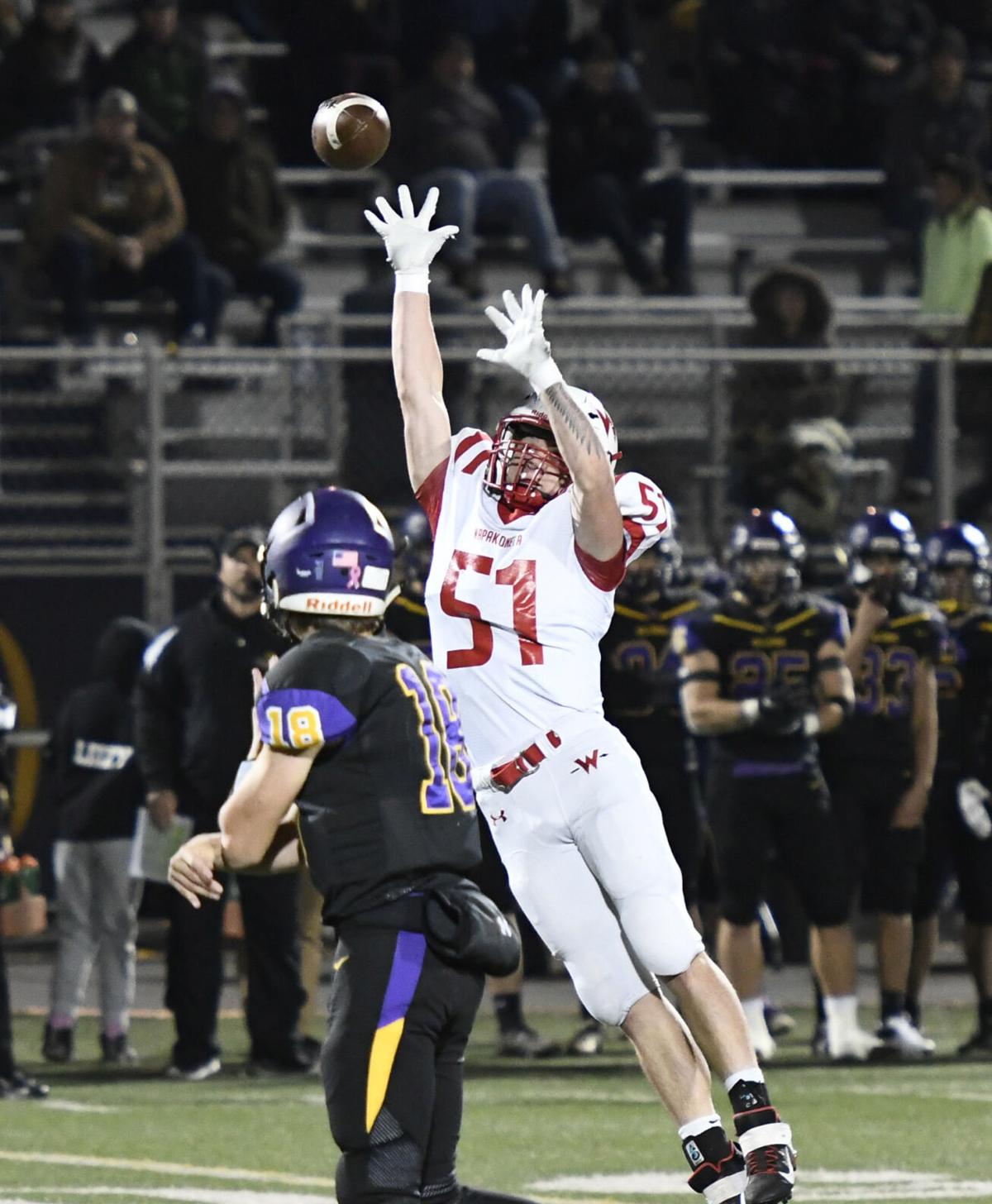 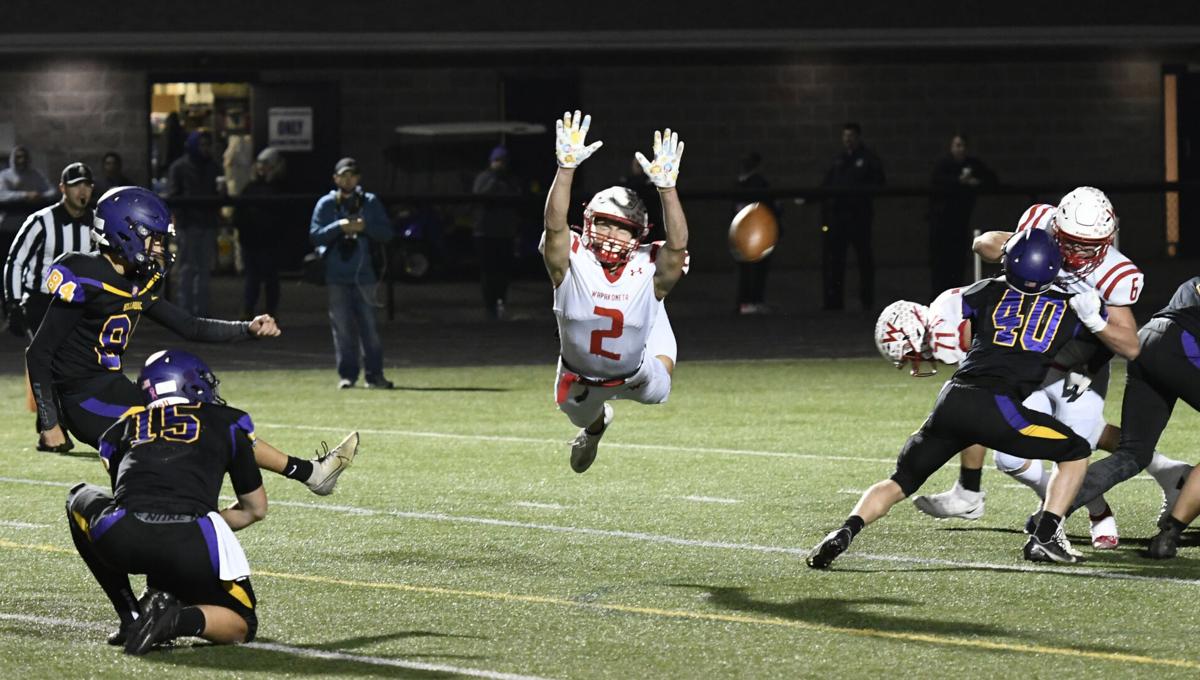 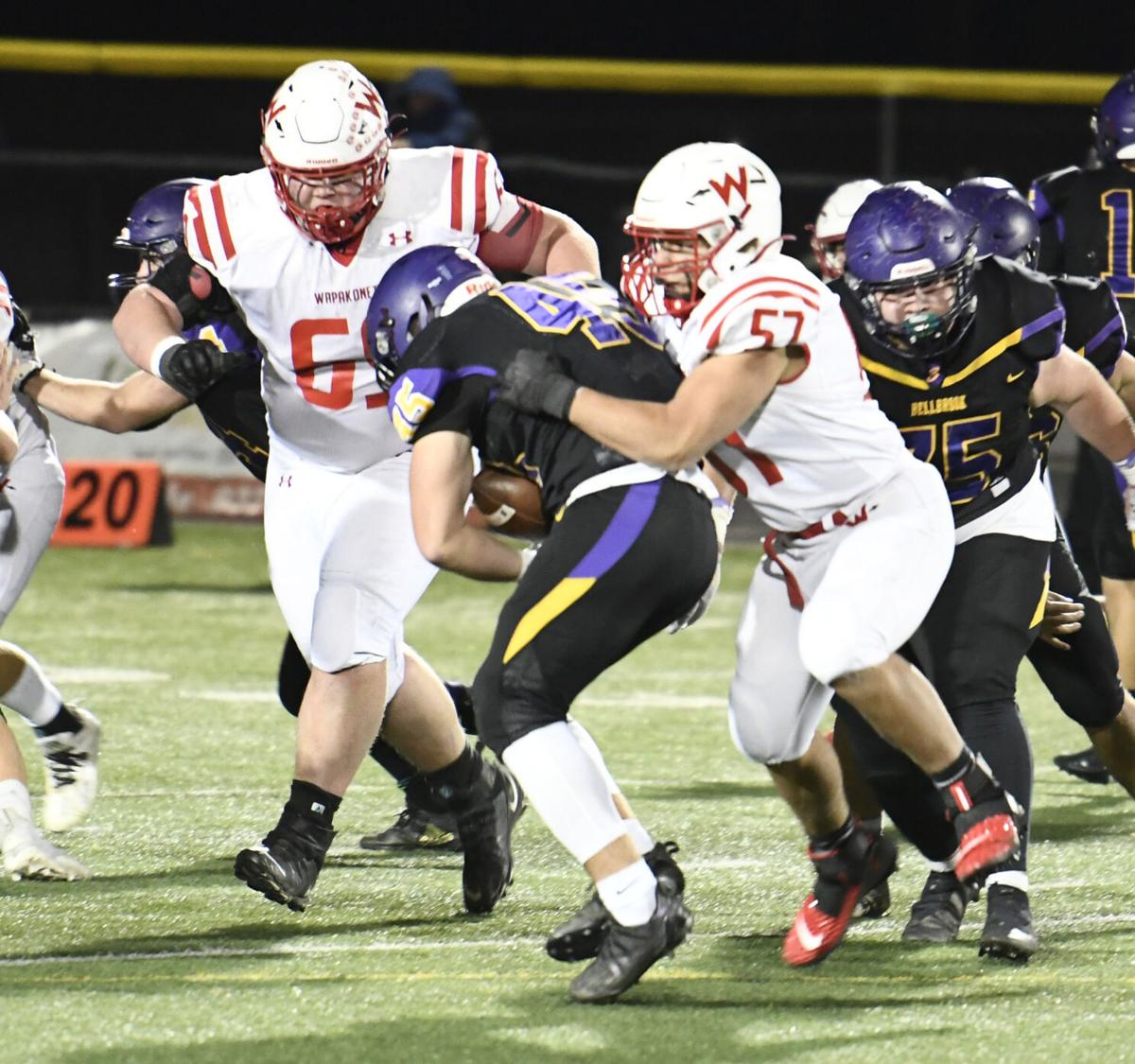 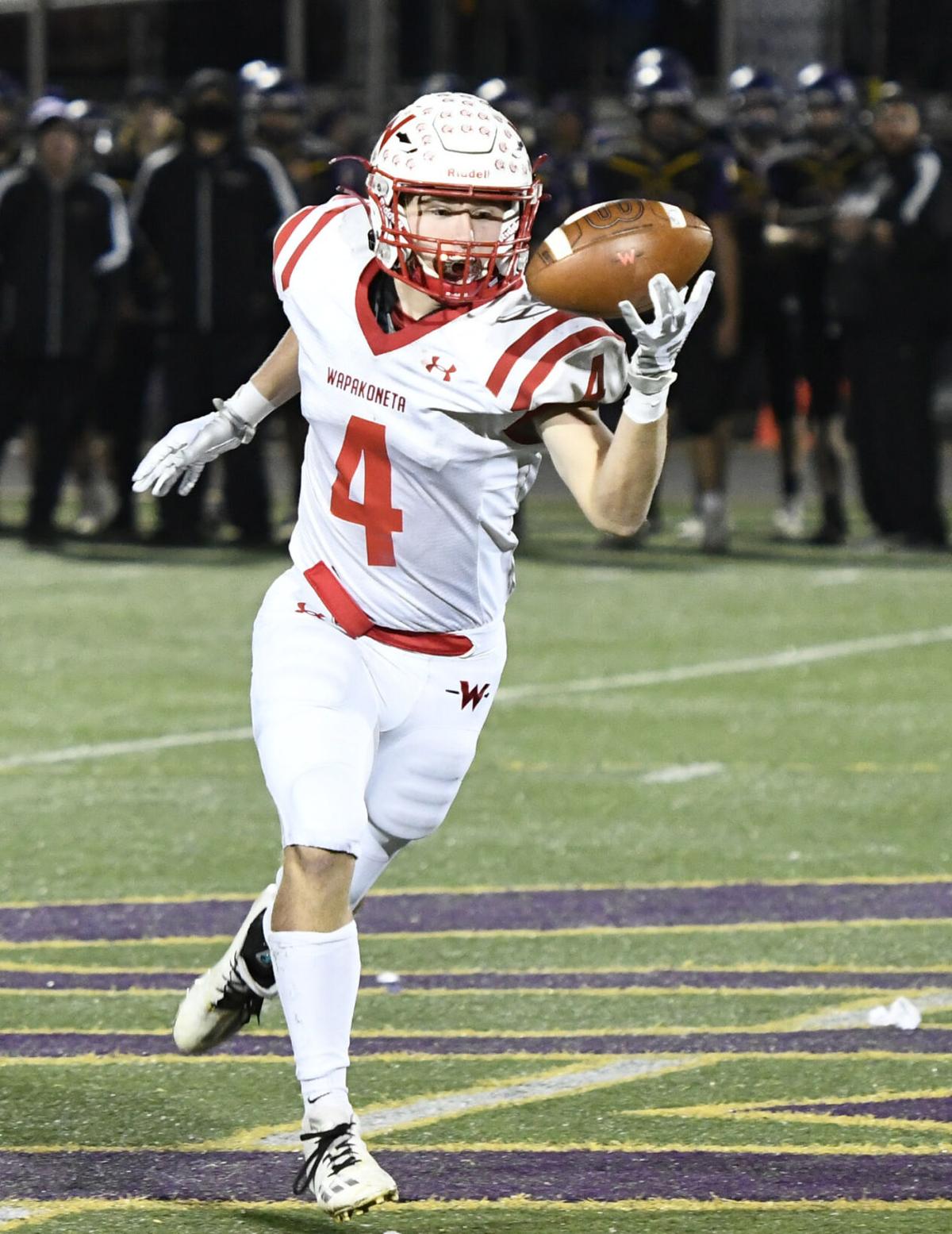 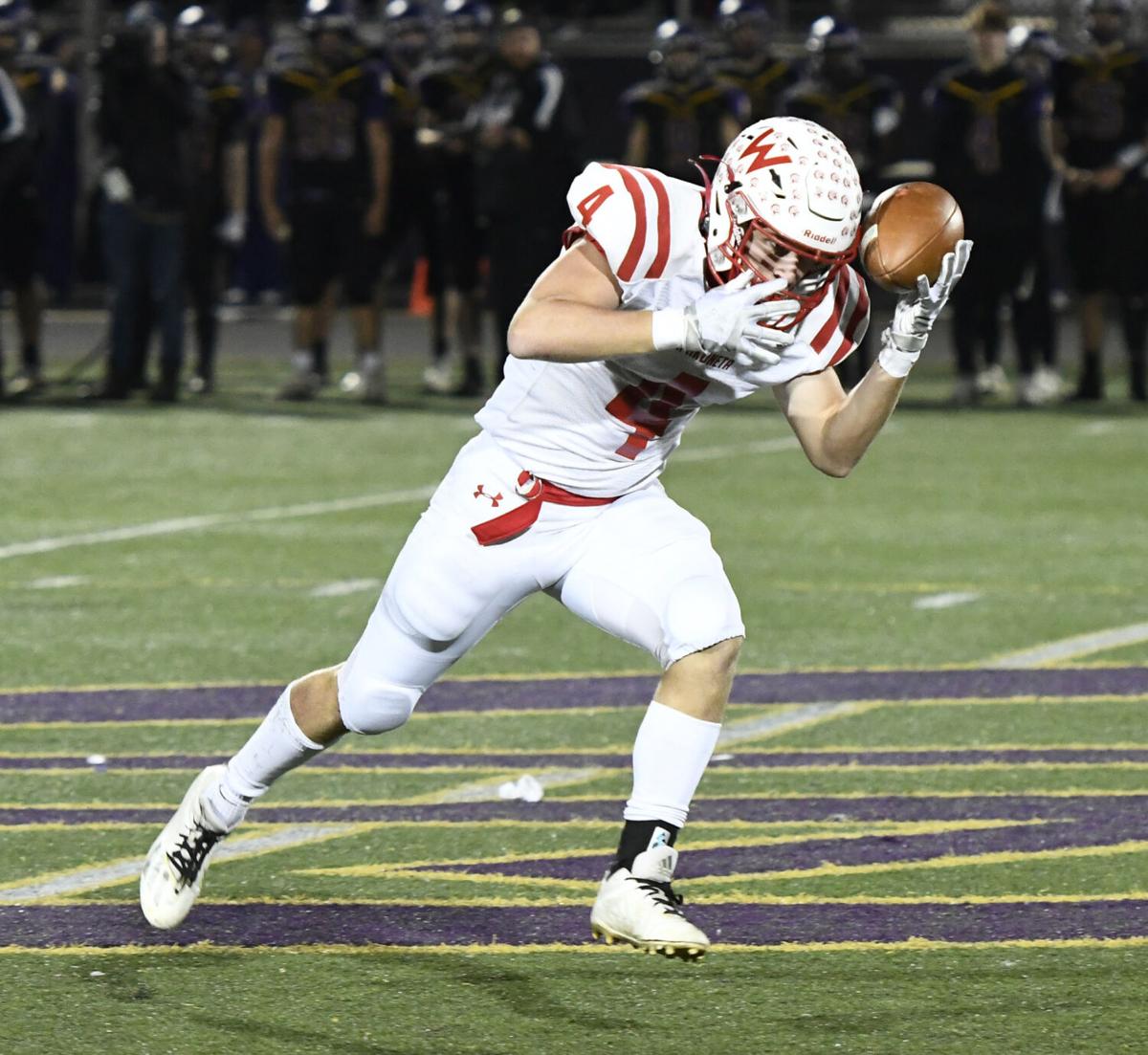 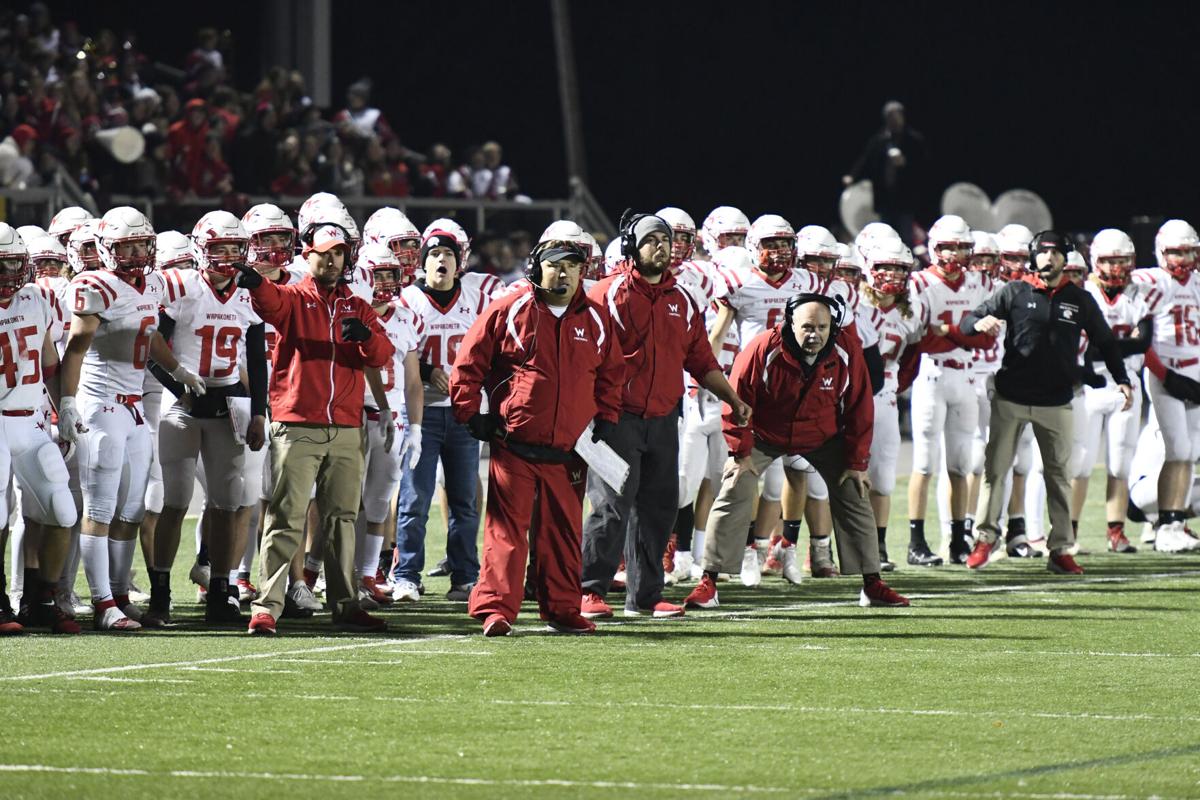 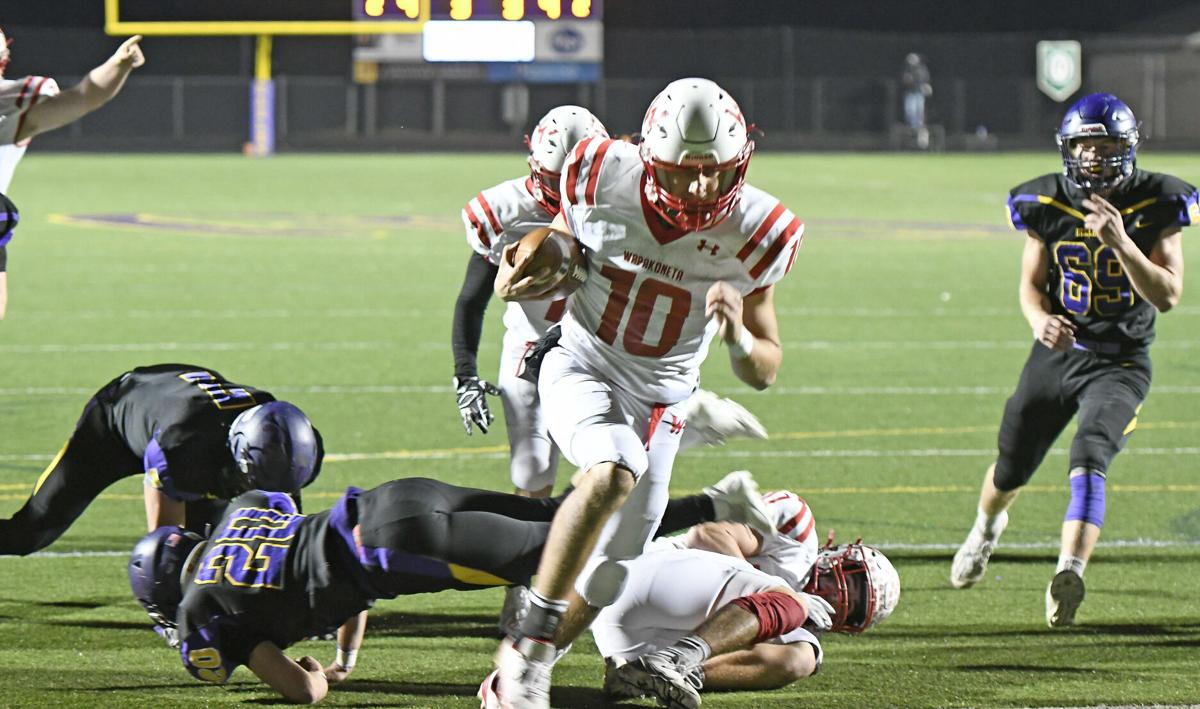 BELLBROOK — The third quarter was a roller coaster ride for No. 6-seeded Wapakoneta in a 42-35 loss to No. 3-seeded Bellbrook during an OHSAA Division III Region 12 Tournament quarterfinal game Friday night.

Tied at 14 at halftime, the Redskins began the third quarter in explosive fashion. After receiving the second-half kickoff, WHS immediately grabbed a seven-point lead as quarterback Braeden Goulet ran 22 yards for a first down before running back Jace Mullen did the rest with a 42-yard touchdown run 38 seconds into the third quarter.

An extra-point kick from Nikane Ambos handed Wapakoneta a 21-14 cushion at the 11:22 mark.

“We knew that deferring the ball until second half was going to be crucial but giving up the touchdown right before halftime hurt us,” Redskins coach Travis Moyer said. “We were able to come out in the second half run two plays and score a touchdown, which allowed us to take the lead. Our kids fought extremely hard and this game became a shootout toward the end. We just couldn’t make enough plays.”

The Golden Eagles responded with a vengeance, scoring 21 consecutive points for a 35-21 lead early in the fourth quarter and Bellbrook did not look back.

“It doesn’t matter what you say to our kids in a situation like this because our kids are hurting,” Moyer said, “We are disappointed in the outcome (Friday night), but we are proud of this football team with how the players handled themselves the entire year. We continued to fight, and it was no different in this game. I think our community can say that it was proud to be a Redskin tonight.”

Quarterback Luke Benetis used a six-yard toss to Gavyn Roop to allow the Golden Eagles to tie the game at 21 on Conner Peh’s PAT kick with 4:13 left in the third quarter.

The next two Wapakoneta possessions ended with Bellbrook’s defense creating a pair of turnovers and capitalizing on both of with touchdowns.

Wapakoneta had a first down on the Golden Eagles’ 32 as Goulet connected with Kaden Siefring for 32 yards. But the Redskins were forced to give ball back to Bellbrook four plays later, when Goulet was sacked for a one-yard loss on fourth down at the Golden Eagles’ 24.

It became 35-21 Golden Eagles with 10:09 left, when running back Seth Borondy scored from 14 yards out and Peh drilled an extra-point kick.

“We have done such a great job of taking care of the ball all year long,” Moyer said. “The fumble was unfortunate for us and getting stopped on fourth down hurt us, too. In a game like this, you can look back and see a lot of plays that could have made a difference.”

WHS attempted a late comeback as Goulet ran for a TD on fourth-and-goal from the Bellbrook 2 with 5:14 remaining before hitting Siefring with a 28-yard touchdown pass with 3:04 left.

In between Wapakoneta’s fourth-quarter scoring drives, Borondy kept Bellbrook’s margin at two scores with a six-yard TD run that made it 42-28 Golden Eagles with 4:20 remaining.

Bellbrook led 7-0 after one quarter when Borondy broke free with a 46-yard touchdown run at 55-second mark.

in the second quarter, Goulet ran for a pair of WHS scores on consecutive possessions from two and four yards out, respectively. The Redskins trailed 7-6 before grabbing a 14-7 lead on a 2-point conversion pass from Goulet to Mullen with 1:50 showing in the first half.

The Golden Eagles drew even right before the break as Bentis threw a 22-yard touchdown pass to Roop on fourth down with 4 seconds left.

Moyer expressed appreciation for the Wapakoneta seniors who played their final game for the Redskins.

“I’m extremely proud of this football team because it has grinded all season long, it won a league championship and it made it to the second round of the playoffs, where we were beaten by a very good team,” Moyer said. “We are saying goodbye to a senior class that has done a lot in their four years here. I can’t thank them enough for all of their effort, energy and everything they have meant to our football program.”